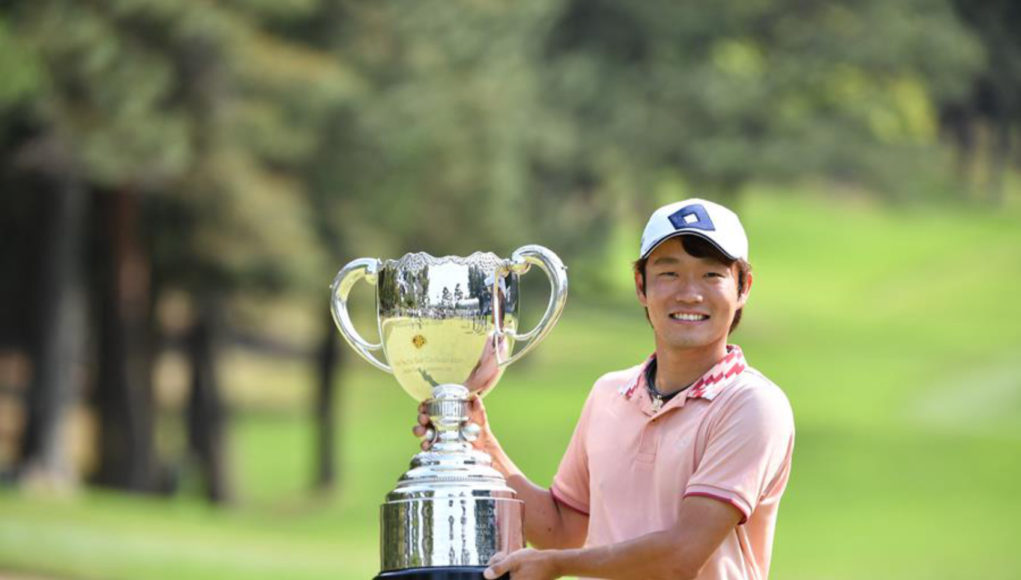 Chiba prefecture, Japan, May 11: Japan’s Yosuke Asaji capped an unforgettable week when he held his nerve to win the Asia-Pacific Diamond Cup by one shot on Mother’s Day at the Sobu Country Club on Sunday.

With his mother and wife following him throughout the final round, Asaji, who earned his spot by topping the Monday Qualifiers, kept his composure as he held on to his overnight lead to eventually close with a one-over-par 72.

Asaji’s winning total of three-under-par 281 also earned him a spot at The 148th Open which will be held at Royal Portrush, Northern Ireland in July.

The Japanese was chasing his first professional victory and admitted he also had a stroke of luck with his closest rivals failing to dislodge him from the leaderboard’s summit.

Micah Lauren Shin of the United States tried to surmount a late charge but dropped three shots in his inward-nine and had to settle for a share of second place with Japanese amateur Ren Yonezawa.

The Asia-Pacific Diamond Cup was the Asian Tour’s first stop in Japan this season and second of four co-sanctioned events with the Japan Golf Tour Organisation (JGTO) this year.

Pendrith fires sizzling 61 to move one clear at Bermuda Championship