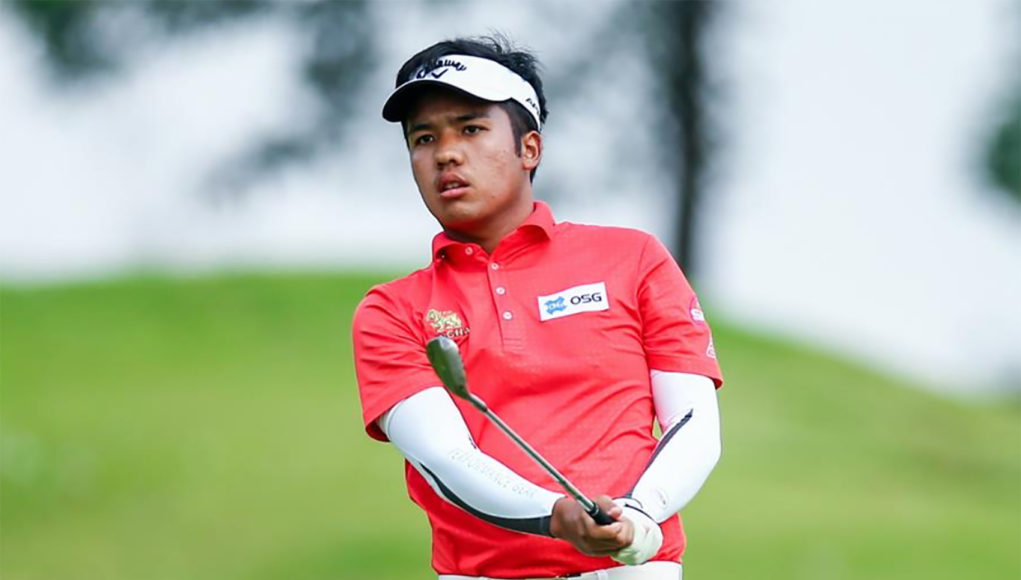 NAKHON RATCHASIMA, Thailand: Thailand’s Suradit Yongcharoenchai flexed his iron game in sensational fashion with a 11-under-par 60 for a two-shot lead at the opening round of the Boonchu Ruangkit Championship.

The 21-year-old rising star, who came into this event on the back of a memorable 2019 season, continued that rich vein of form with a clean scorecard that included 11 birdies to seize the advantage in a competitive leaderboard.

Pattaraphol Khanthacha was among the slew of golfers to fire an eagle, as the Thai and American John Catlin trail Suradit by three shots.

“Today I played with a new iron and everything was good. I hit better on the greens, and my putting game was also strong,” said Pattaraphol, adding the Rancho Charnvee Resort and Country Club aided his game.

“This course is nice to play on. It’s a short course and it’s not difficult.”

Suradit won in Taiwan last October before closing out 2019 with a tied second finish in Thailand.

Beginning the season on home turf, he started off in fiery fashion with six birdies in the opening eight holes.

Suradit maintained that same precision after the turn with another five birdies, including consecutive ones in the final two holes.

Kokocinski said “living in his second home” in Thailand helped him cope with the conditions to start well.

“I am very comfortable in Thailand, I’ve been staying here for five years now. Residing here helps me cope with the weather which can reach 30 degrees. Overall I was feeling good all day to be honest,” said the Swede.

Kokocinski had missed the cut four times in his last five events, and is aiming to start the New Year on the right foot.

“I have been practicing a lot during Christmas and over the New Year. So now it’s about trusting my work and looking forward to seeing it pay off.”