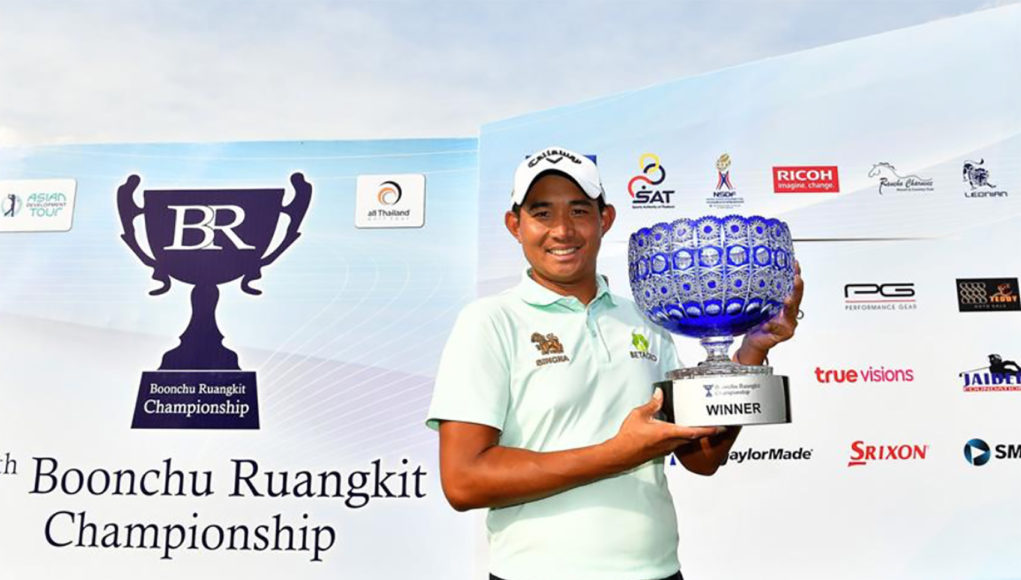 NAKHON RATCHASIMA, Thailand: Thailand’s Pavit Tangkamolprasert made history after he clinched the Boonchu Ruangkit Championship with a two-shot victory courtesy of a four-under-par 67 in the final round on Sunday.

Pavit, who held a two-shot advantage coming into Sunday’s action, kept his nerve after trading five birdies against one bogey for a winning total of 23-under-par 261 to stave off the challenge from American John Catlin.

The 30-year-old was ecstatic to win this title in the honour of his idol.

“I’m very happy, because this is the Boonchu (Ruangkit Championship) title. He is a Thai legend who has his own tournament to contribute to our golf. He is my idol since I was young, and it’s an honour to win in his name,” said Pavit, who becomes the first winner on the Asian Development Tour (ADT) this season.

More importantly, he etches his name into the history books by becoming the most successful golfer on the tour with seven wins, surpassing Chinese Taipei’s Chan Shih-chang who shared six titles with him previously.

Since claiming his first ADT title in Indonesia back in 2014, Pavit went on to become the Order of Merit champion that year and never looked back.

He has high regard for the ADT for shaping his career.

“I respect the ADT very much, it is a tour that is only getting stronger. I got into the Asian Tour through this tour and will always recognize that,” he said.

Pavit had to keep his composure on a day he described was the “toughest to attack the pins”.
He notched his first birdie on the fifth hole, along with Catlin.

He gained an advantage when the American fumbled with a bogey on the eighth, before both golfers bumped in another birdie on the ninth.

Pavit continued his consistency after the turn with another three birdies, and romped to victory despite a bogey in the final hole.