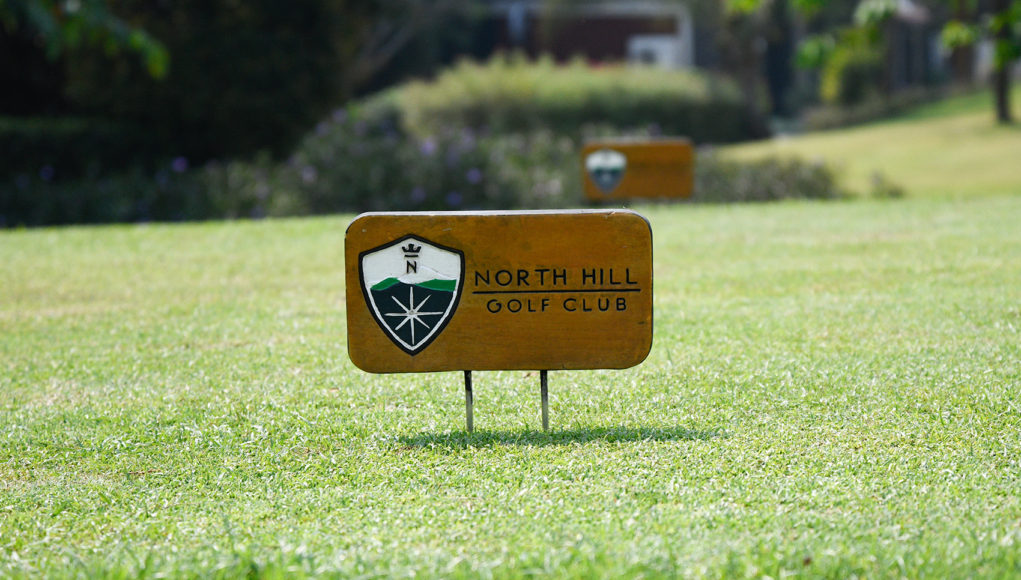 WHAT’S IT ALL ABOUT?

North Hill Golf Club may be one of the newest options for golfing in the northern city of Chiang Mai but don’t be put off by the layout’s short history, it’s definitely worth a visit.

And it won’t take you long to reach, just a short 15 minute hop from the airport and 20 minute drive from the fabled city walls.

The club opened its doors in 2011 with a nine-hole layout, before expanding into the current 18 hole track three years later.

The golf course is set amid a purpose-built resort and luxury housing estate, yet the layout has been designed so that once off the first tee, there is plenty of natural landscaping and views to catch the wandering eye.

DUSTY HAZARDS (not the bunker variety)

Before we go further, it’s important to mention in passing that the views were not the only thing catching the eye when we played the layout! Excessive dust levels from the numerous crop fires left eyes sore, throats dry and the surrounding mountains lost in a smoky haze.

When planning a visit to Chiang Mai, or indeed anywhere in the north of the country, best avoid months February through to April as this is the prime time for crop fires. Really is a shame as these months also coincide with the Thai ‘winter’ – a loose description – as daytime temperatures rarely fall below 25 degrees but cooler breezes bring some respite from the Thai heat.

Ok that’s more than enough about the weather! Lets get back to the golf course!

Well in truth it’s not the most testing of layouts – 6241 yards from the back tees and relatively flat – but even lower handicappers will enjoy the well manicured fairways and smooth running greens.

Water comes into play on all but two of the 18 holes – the par-3 second and par-4 sixth – so pack plenty of balls!

More so if you are planning to test the layout under the lights.

Yes that’s right, the course is well equipped for night golf, a concept popular in this part of the world where the daytime temperatures can reach well over 90 degrees.

Well worth giving it a go, although word of warning, where there are lights so there will be bugs! Throw out the sun-cream and pack the insect repellent.

The course is complimented by a modern clubhouse offering more than the usual amenities; bar, restaurant, spa, fitness centre, and pro-shop. There is also a well kept driving range for the keen golfer to limber up pre-round!

Overall it’s a thumbs up from the BGB team. If you are in Chiang Mai, then North Hill should be near the top of the ‘courses to play’ list.