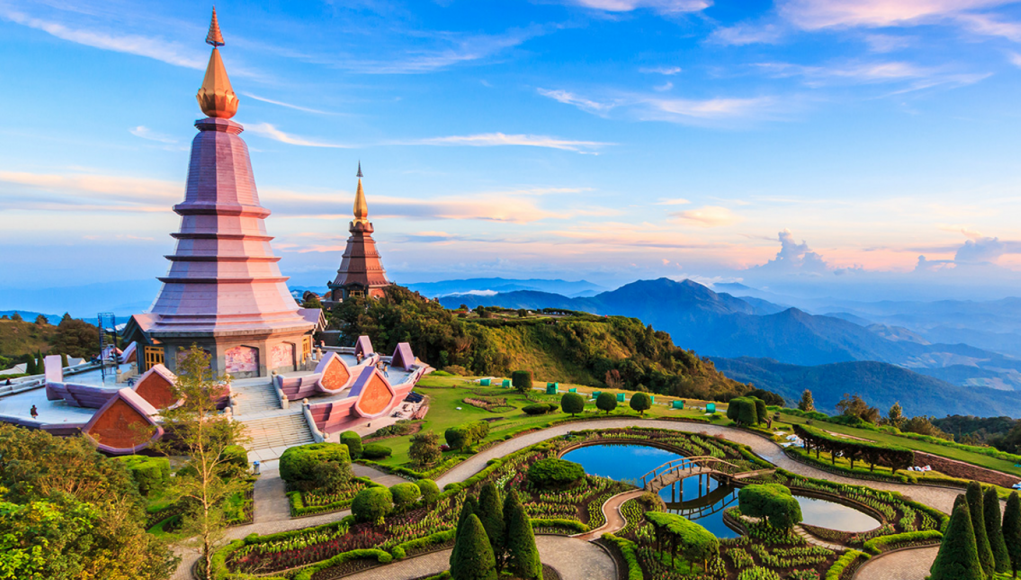 Chiang Mai lies just 450 miles north of Bangkok, but in terms of climate, language, culture and attitude, the rose of the north – as it is locally known – stands worlds apart from the Thai capital. Throughout its long and at times turbulent 700 year history, Chiang Mai has lived on the edge of the Kingdom, forever seeking opportunities to rebel and break away from the populous south.

…joined by invaders from further afield looking to sample the charm of the Northern Rose.

In ancient times the former capital of a loose confederation of city states called Lan Na Thai (One Million Thai Rice Fields) attracted artisans and traders from nearby China, Burma and Laos, who brought with them diverse wares and settled in the northern mountains and lush river valleys that form a stunning backdrop to the ancient city.

Modern day Chiang Mai has become a magnate for a different type of trader, the affluent business traders from Bangkok who travel north in search of respite from the chaotic capital. They are joined by invaders from further afield looking to sample the culture and charm that is a trademark of the Northern Rose. And more and more are coming equipped to sample the delights of golfing northern style.

Such has been the influx that over the past few years’ tourism has begun to challenge rice cultivation as the regions staple industry, awaking the city from its slumber and transforming it into a bustling metropolis, with a plethora of hotels, restaurants and entertainment venues to suit every taste.

However such development has come at a price, trademark Lanna-style teak houses have fallen victim to characterless concrete low rises, traffic-free roads replaced by the occasional gridlock, and huge brand hotels have eaten up quaint guest houses.

Yet for all this development, the city has managed to hang onto an addictive charm that has first-time visitors itching for their next fix. There’s culture in abundance, with no fewer than thirty-six Buddhist temples packed into the four walls of the old city. And with many of the country’s leading artists and designers using the city as their base, the shopping possibilities are both diverse and seemingly endless.

A visit to the Chiang Mai Night Bazaar is an experience not to be missed; quiet by day, Changklan Road is transformed after dark into a veritable labyrinth of tiny stalls selling wares from all over the region. And don’t be surprised to confronted by a member of the local Hill-Tribe community plying her trade complete in traditional dress. For novelty value the Bazaar is truly bazaar!

But the real beauty of Chiang Mai lies across the deep moat that was built to protect the city against advancing Burmese warriors during the turbulent 16th Century. Venture west of the city and it won’t be long before the lush green terrain of the Ping River basin is replaced by the rugged landscape of Thailand’s second highest peak, Doi Suthep. The summit is blessed with the wondrous Wat Prathat temple, complete with its huge gold Buddha throwing a protective gaze over the city below.