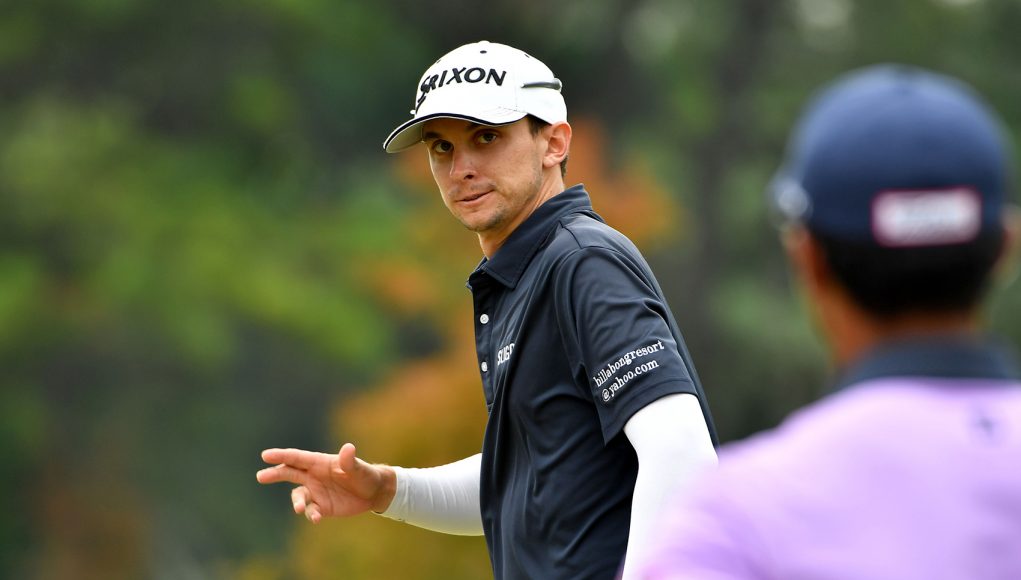 Words by BGB
BANGKOK, Thailand: John Catlin of the United States is ready to create an impression at the star-studded World Golf Championship-HSBC Champions when it gets underway at the Sheshan International Golf Club next week.

While Catlin’s name may not rank as high as the illustrious list of champions expected to light up the US$10 million event, the American is a star in his own right.

The 27-year-old is the first player to have won three times on the Asian Tour in 2018 and his victories in China, Malaysia and Chinese Taipei are by no means a fluke.

A former graduate from the Asian Tour Qualifying School, who worked his way up the ranks through the Asian Development Tour (ADT) where he has won twice, hard work has always been the key to Catlin’s success.

“I first came to Asia in 2015 and got my Asian Tour card through Qualifying School. I starting winning on the ADT and finished third on the money list last year where I went on to play on the Asian Tour.

“From having limited playing opportunities on the main Tour to winning tournaments here, it has been a journey for me,” said Catlin.

Apart from one missed cut in his first Asian Tour event in New Zealand in March, Catlin has always featured in the weekend rounds this year.

With his latest win in Chinese Taipei earlier this month, Catlin became the eighth person to have won three titles in a single season in the history of the Asian Tour.

“You don’t suddenly wake up and start winning golf tournaments. There’s no secret to success. You just got to work your way up and I haven’t skipped any steps,” said Catlin.

Catlin’s desire to be the best he can be means waking up at 6.30am and hitting the gym by 7am for about an hour and a half, three days a week.

“I’ll spend three days a week at the gym. I wake up at about 6.30am and get into the gym by 7am for about an hour and a half.

Catlin will be up against an elite field that includes defending champion Justin Rose, 2018 Open Champion Francesco Molinari and world number one Dustin Johnson at the Shanghai showpiece.

Kiradech flies out of the blocks at WGC HSBC Champions

Rose looking for a repeat at WGC HSBC Champions

Vincent, Kim set to test themselves at the WGC HSBC Champions

Catlin looking to make a splash on the world stage