Bio Kim took the first-round clubhouse lead in the US$1million Laguna Phuket Championship today after shooting an exceptional eight-under-par 62 ‒ which at one point looked like being sub 60.

The Korean ‒ who first hit global headlines over a decade ago when he qualified for the PGA Tour as a 20 year old ‒ made an eagle, seven birdies and a bogey at Laguna Golf Phuket, where preferred lies were being played.

It saw him finish one shot ahead of Australian Travis Smyth, whose 63 was no doubt inspired by the fact he played in the same group as Kim, and Thailand’s Chanachok Dejpiratanamongkol ‒ who won the Singha Phuket Open here in 2017 on the Asian Development Tour.

Poor weather stopped play at 5.17pm meaning 40 players will complete their first round tomorrow. England’s Steve Lewton was the best of those at five under with two to play.

Kim, whose group played the back nine first, was nine under after 13 holes and on course for an elusive 59 before realization set in.

“Unfortunately, at the final three holes I kind of figured where I was at, so I got a little nervous,” said the 31 year old ‒ an Asian Tour Qualifying School graduate from last year.

“My form is actually in very good shape. I putted good, I’m hitting it good, I am capitalising on the chances; so hopefully next couple of rounds I will keep going and maybe, maybe, at the end, I’m holding something.”

He finished joint fourth in last week’s Blue Canyon Phuket Championship, and at the beginning of last month claimed the LG Signature Players Championship on the Korean PGA Tour ‒ which was his sixth victory on home soil. He has mainly played in Korea since 2014.

He added: “59 was in my sight but then the last few holes were kind of tough and then the wind was blowing. I tried my best but unfortunately it did not happen. 62 is still a great round.”

Smyth also played well last week, coming home in 10th, and like his playing partner was able to build on that momentum today.

“I’m playing really good golf right now,” said Smyth, who like Kim is looking for his first win on the Asian Tour.

“[I’m] holing a little bit more putts than I normally would, around that 15 to 25-foot range. I’m hitting it fairly straight on this type of tight course and taking advantage of the par fives out there.”

He birdied two of his last three to make up ground on Kim.

Added Smyth: “I was having a bad back last week but it’s better today. I got help from the physios here. I was also coping with a bad foot from playing golf almost everyday, and got some lower back spasms that some golfers get. Had some sharp lingering pain last week but today wasn’t too bad. It’s definitely stiff. I have been working hard with the physio here every morning and after my rounds. Hopefully the back holds up for the rest of the week.”

Chanachok carded a third-round 61 and was 27 under par when he won here four years ago and continued his love affair with the Laguna Golf Phuket course again today.

The 27 year old said he lost 15 kgs over 12 months by becoming a vegan after watching the Netflix documentary The Game Changers.

“It [becoming vegan] was a big change for my wife and me in the beginning, but we are now used to it,” said Chanachok, who shot seven birdies, including on his last two holes, and was bogey free.

“It’s really helped my fitness and energy levels. But being here again at Laguna Phuket is also special for me.” 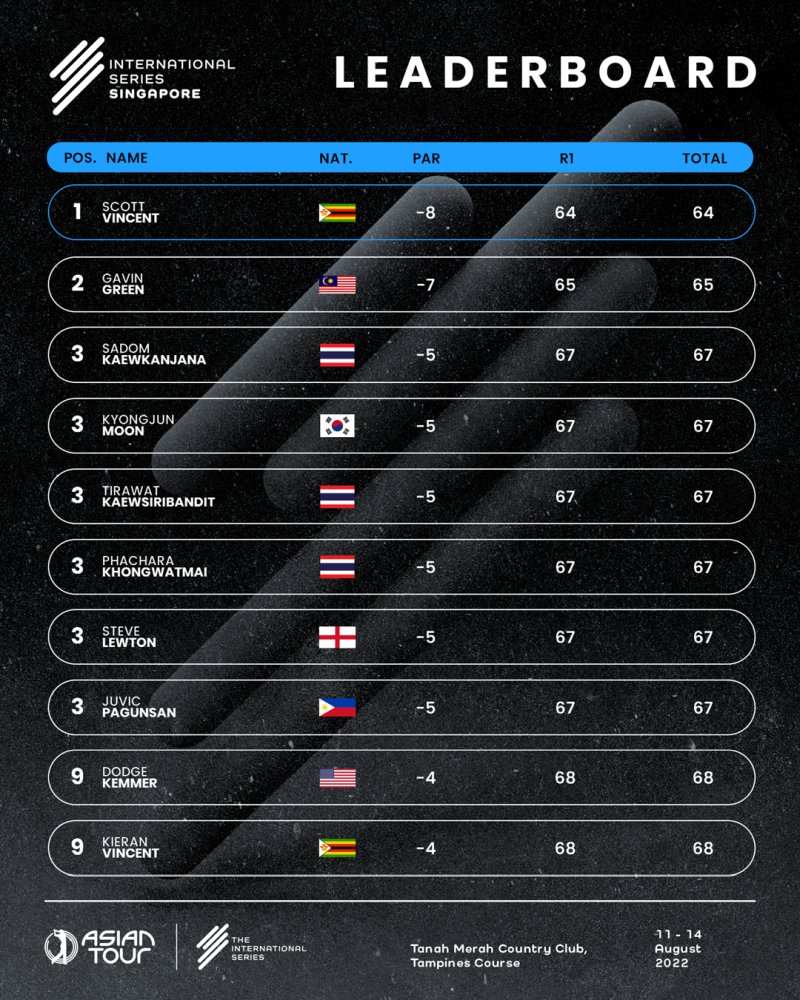