The 19-year-old, who was the low amateur at Thongchai Jaidee Foundation last year, rolled in six birdies and a final-hole eagle to lead on 10-under at the three-million baht tournament, the fourth leg of the All Thailand Golf Tour 2020.

Three-time ATGT winner Danthai Boonma was a stroke behind thanks to a six-under-64 while Tirawat Kaewsiribandit (67), who won here in 2018, and Chinnarat Phadungsil (65) were just two shots off the pace.

Sixteen players were still out on the course when play was suspended due to heavy rain.

“I am really proud of myself that I can play such a good game,” said Runchanapong, who is a second-year student at the University of South Florida.

“The eagle at the final hole was a bit of a fluke!”

After enduring a frustrating opening round with the putter, Runchanapong found form on the short grass on day two, and was left looking forward to pitting his wits on the challenging Burapha layout over the weekend.

“For the next round, I will be excited for sure. I will just try to enjoy the game and prepare both physically and mentally.”

Prom Meesawat – who is looking for a fourth title at the Pattaya Open – remained within touching distance of the the leader. The Hua Hin native, who won here in 2006, 2011 and 2012, ended the day on seven-under par. 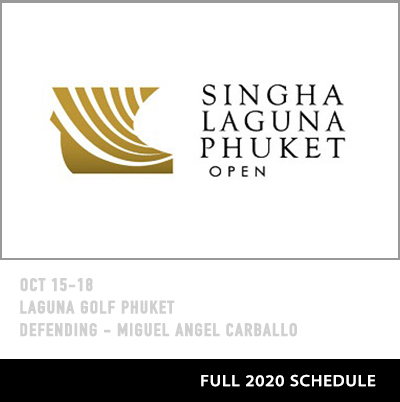 Three-way tie for the lead heading into the final round of...