Home THAI NEWS All Thailand Golf Tour Three-way tie for the lead heading into the final round of Singha... 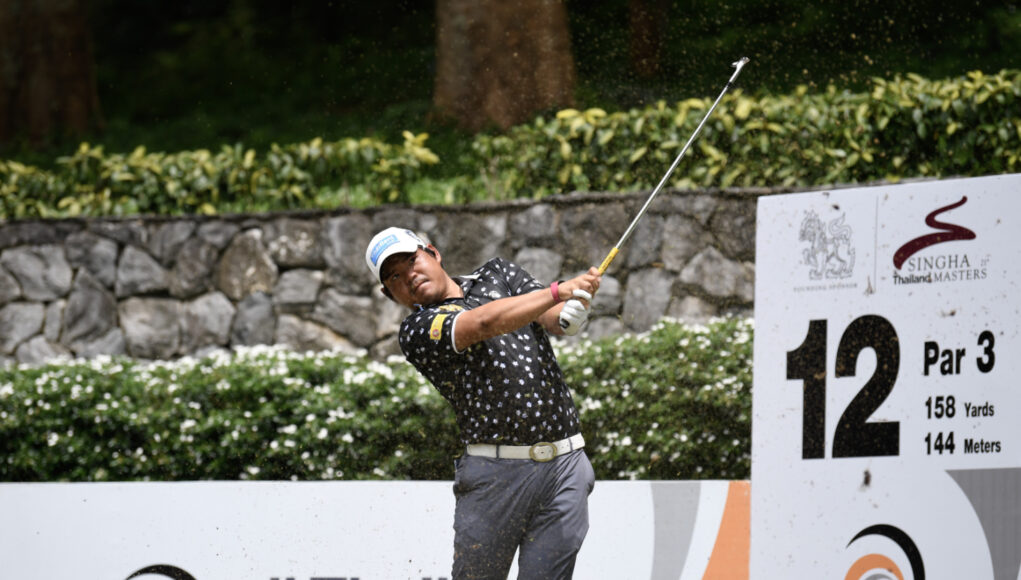 Words by BGB Editorial
CHIANG MAI, Thailand: The Singha Thailand Masters looks to be heading to an exciting climax as three players shared the lead after an action packed Saturday at a blustery Santiburi Country Club.

Overnight leader Panuphol Pittayarat struggled to reach the heights of the first two days, and had to be content with a level par 72.

“I admit I’m excited because it’s the first time I have been in a position like this, with an opportunity to contend,“

The 2017 champion was joined on 13-under par by Ratchapol Jantavara who carded a 71 and Sarun Sirithon, who moved through the field with a fine four-under par 68.

“My driving was good today, but I struggled with my long irons and short game,” said the 27-year-old Panuphol, who is also known as Pro Coconut.

“The plan for tomorrow remains the same. Hit fairways and not get to far ahead of myself, play one shot at a time.”

While Panuphol has numerous wins under his belt, Sirithon is still searching for a break-through victory having only recently turned pro.

“I admit I’m excited because it’s the first time I have been in a position like this, with an opportunity to contend,“ said the Khon Kaen native, who bounced back from a bogey at his opening hole to pick up six shots en route to a 68.

Veteran Thongchai Jaidee signalled his intentions with a five-under 67 to move into outright fourth just one shot behind the leading trio.

Poom Saksansin hit the round of the day – a 66 – and will start Sunday within striking distance, tied for fifth on 10-under par.