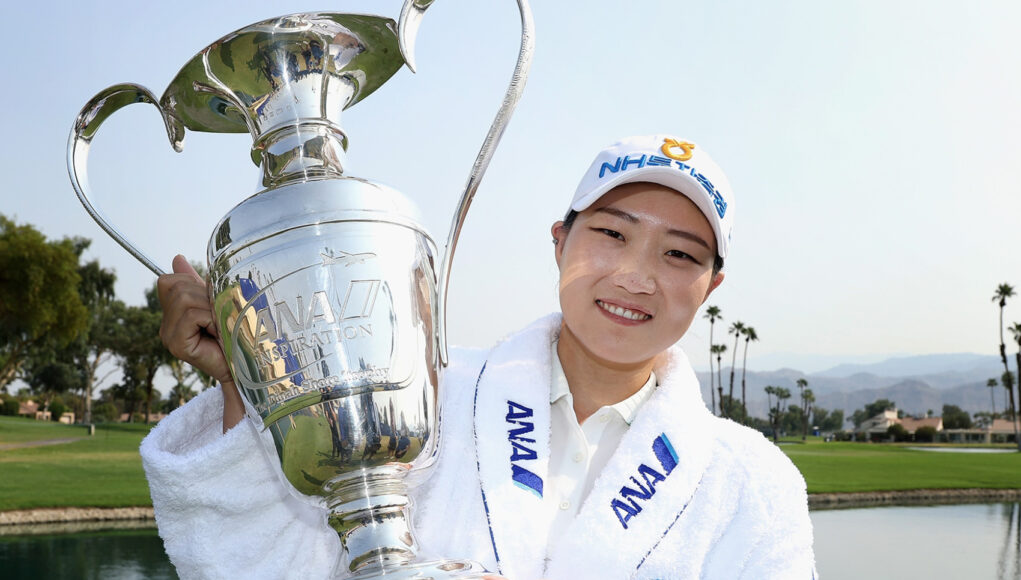 Words by BGB Editorial
RANCHO MIRAGE, California: Mirim Lee rolled in a five-footer for birdie at the first extra hole to overcome the challenge Nelly Korda and Brooke Henderson and win the ANA Inspiration on Sunday.

“Honestly, I can’t really believe it right now,” admitted a jubilant Lee. “I feel like I must be a little crazy for having won this.”

Well it certainly wasn’t text book! The Korean gave a stunning exhibition of scrambling in a closing round of 67, chipping in from off the green on no fewer than three occasions.

“My plan for 18 was just to have a birdie and do what I have to do to keep my head up, and when the shot went in, I think I was really surprised. It must have been a bit of luck that helped me.”

The final one – from the back of the green at 18, after intentionally going long with her approach and rebounding of a temporary structure – the most important. The eagle three drew her level with long-time leader Korda and Henderson on 15-under.

“I definitely thought to utilize the backboard,” Lee said. “When I had practice rounds, I had practiced that shot, so it was a definite for me to use the space there.

“My plan for 18 was just to have a birdie and do what I have to do to keep my head up, and when the shot went in, I think I was really surprised. It must have been a bit of luck that helped me.”

Korda had relinquished the lead only once throughout the four days, early on the back nine. She looked nailed on to break her Major duck.

But a poor drive on 18 made a lay up the only option, she put her wedge approach to within 22-feet but the birdie putt was missed and ultimately with it her chance of victory.

“I played solid today,” said Korda, who ran out of steam and finished with a 69. “I had a couple bogeys on the back nine, but I kept my calm. Didn’t hit a really good shot on 18 off the tee, so that’s what kind of got me in trouble there.

Playing partner Henderson tapped in for birdie to seal a spot in the play-off and the trio returned to the 18th tee.

The momentum was with Lee.

As in regulation play she again went long of the green in two, and while Korda and Henderson struggled, the 29-year-old Lee chipped to within five feet and sunk her birdie putt for victory.

Veteran Lexi Thompson signed for a 69 to take outright fourth on 13-under, one shot clear of Stacy Lewis who closed out with a 68.

Ariya Jutanugarn took the mantle of leading Thai player. She signed off with a 68 to finish in a tie for 11th position on minus eight.

Sister Moriya carded her worst round of the week, a 72, to slip back into a share of 18th on six-under. 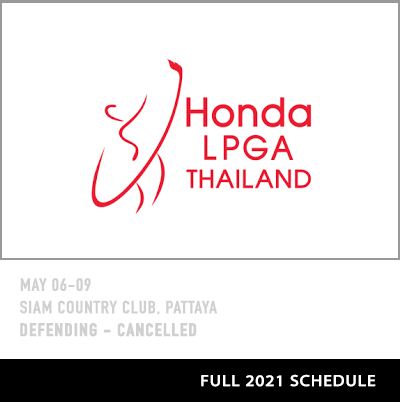