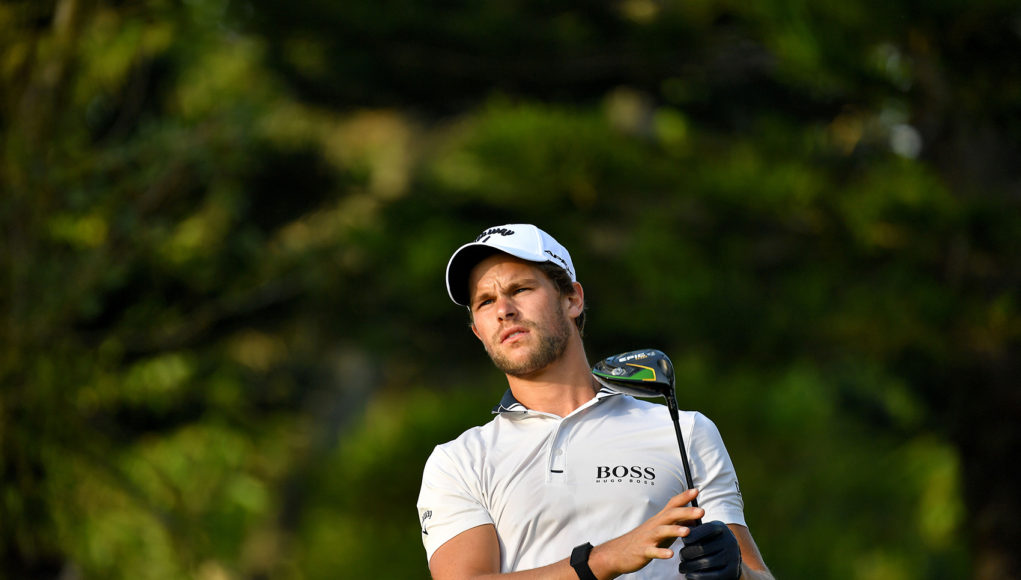 PATTAYA, THAILAND: Belgium’s Thomas Detry took the early honours by opening with an eight-under-par 63 to grab the first round lead at the season-ending Thailand Masters on Thursday.

Detry, who is enjoying his week away home where the harsh winter conditions are hitting, sprinted towards the turn with three birdies on holes 10, 13 and 16 in his starting back-nine 10.

The Belgian then continued his birdie blitz on holes one, three, six, seven and nine to return with a bogey-free 63 for a one-shot lead over Thailand’s Settee Prakongvech at the Pheonix Gold Golf and Country Club.

Prakongvech, who is currently in 93rd place on the Order of Merit, knows he needs a very good result to move inside the top-61 place and secure his card for next season.

It is the last chance saloon for the 25-year-old as he is determined to close the year with a grandstand finish in front of his friends and family.

American Berry Henson signed for a 65 to restore some much needed confidence after only securing one top-10 this year in Korea.

Henson mixed his card with seven birdies and one bogey to stay two shots back of Detry together with Thailand’s Gunn Charoenkul in tied-third place.

Thailand’s Phachara Khongwatmai, who is chasing his Asian Tour breakthrough this week, posted a 65, trailing Detry by three shots in a share of fifth place which also included Indonesia’s Rory Hie.

– Thomas Detry came very close to winning his first event on a major Tour two weeks ago, finishing tied-fourth at the AfrAsia Bank Mauritius Open just one stroke out of the playoff.

– The Belgian also had a high finish in November when he came in tied-third at the Nedbank Golf Challenge hosted by Gary Player, one of European Tour’s Rolex Series events.

– Thanks to these two top finishes lately the 26-year-old now finds himself in a career high OWGR ranking of 130th, a win this week would put him very close to breaking into the top-100 for the first time.

– Other top-10 finishes on the European Tour this season includes tied-eight finishes in both the Amundi Open de France and Estrella Damm N.A. Andalucía Masters hosted by the Sergio Garcia Foundation, and a tied-ninth at the Trophee Hassan II early in the season.

– Settee Prakongvech’s best result in 2019 was achieved at the Panasonic Open India where he finished tied-eight.

– Berry Henson is a one-time winner on both the Asian Tour and the Asian Development Tour (ADT) in 2011.

– His best result this year was at the Kolon Korea Open where he finished tied-eighth.

– In his last three events on the Asian Tour, Phachara Khongwatmai has posted three top-10s with a tied-sixth, tied-second and tied-fifth finish at the Thailand Open, Sabah Masters and BNI Indonesian Masters respectively.

– Phachara came into prominence when he won the 2015 PGM CCM Rahman Putra Championship to become the youngest ADT winner at the age of 15.

– The Thai grabbed the last Asian Tour card on offer in 2015 when he won his second ADT title at the season-ending event to take the fifth spot on the ADT Order of Merit.

– Phachara finished a career-high third place on the Asian Tour Merit standings in 2017, thanks to four top-five finishes which include three runner-up results.

– Rory Hie is the first Indonesian to win a title on the Asian Tour with his wire-to-wire victory at the Classic Golf & Country Club International Championship in September.

Jazz signs off stellar season with win at Thailand Masters