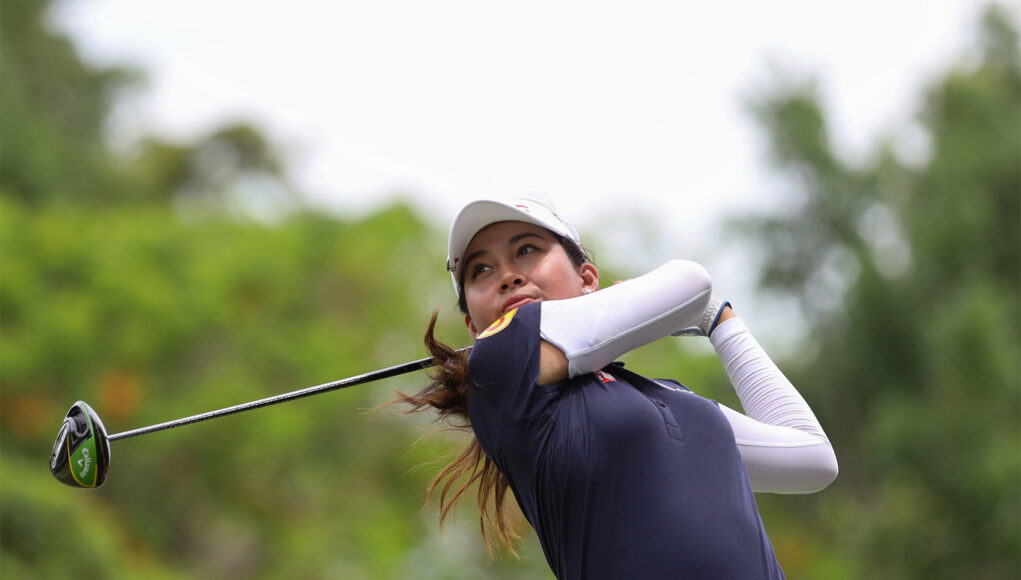 It was a Thai display of excellence at the Honda LPGA Thailand, where two of the nation’s brightest stars topped the leaderboard after the first day at Siam Country Club. Major champion Patty Tavatanakit, in her first return to Chonburi since winning the 2021 ANA Inspiration, and 18-year-old Atthaya Thitikul recorded 8-under 64s to hold a one-stroke lead heading into Friday.

Tavatanakit’s 64 is her second-lowest 18-hole score on Tour. Coming off a T2 finish at last week’s HSBC Women’s World Championship, the 21-year-old said her momentum started when she birdied the opening hole and made a putt from off the green for another on No. 3.

“I feel like that putt went in and I just feel the speed and the read for the whole day pretty good. I feel like it matches up pretty well,” said Tavatanakit. “So wasn’t expecting that at all because I feel like I didn’t really get like a solid putting practice because the greens here are so slopey. If anything, I feel like I judged everything really well and I’m pleased with my round today.”

Tavatanakit went on to make seven more birdies on the day, and despite one bogey on No. 6, she said she’s satisfied with her play on the Pattaya Old Course. Tavatanakit, who currently ranks fourth on Tour in driving distance with an average of 280.775 yards, said her distance was a benefit on a course that played soft and long due to over a half an inch of rain the night before.

“I feel like I had a lot of short irons in compared to other people. Like I spin it back to the hole instead of like having to land it by short. And I just feel like the whole game itself, being long, just gives my a little bit of advantage,” said Tavatanakit. “But I still had to execute and play well.”

Thitikul, competing in her third Honda LPGA Thailand and first as a professional, made two eagles on Nos. 10 and 18 to card her career-best 18 holes on Tour. Thitikul said she’s never made two eagles in the same round before, and was surprised by how well she was able to chip on Thursday.

Nanna Koerstz Madsen, who joins the leaders in Friday’s final grouping, sit in a tie for third at -7 with another Thai darling in Ariya Jutanugarn. Koerstz Madsen carded one of six bogey-free rounds recorded in Chonburi on Thursday, and said her goal was to stay positive through the sweltering conditions which she’s been adjusting to since competing at Sentosa Golf Club.

“Tuesday the first day we came in to Singapore I was — I couldn’t do it. It was so hot. But you get used to it and you adapt to the weather. So I’m definitely more prepared this week,” said Koerstz Madsen. “Really trying to say positive because it is really hot out here. I’m not used to that, and last week I had a little shock because of that. So I’m just trying to stay really positive and stay as energized as I can.”

Caroline Masson and major champions Hannah Green and Lydia Ko sit in sixth at -6, while six players are tied for eighth at -5, including LPGA Tour winners Carlota Ciganda and Brittany Lincicome. Fifty-three of 72 players finished the day at even or better, including defending champion Amy Yang, who rebounded from four bogeys and one birdie on her front-nine to card six birdies on her final nine holes to sit -3 overall.

RT @mholmesgolf: Girls place great importance on friendships, so finding ways to encourage these friendships is a huge part of coaching you… 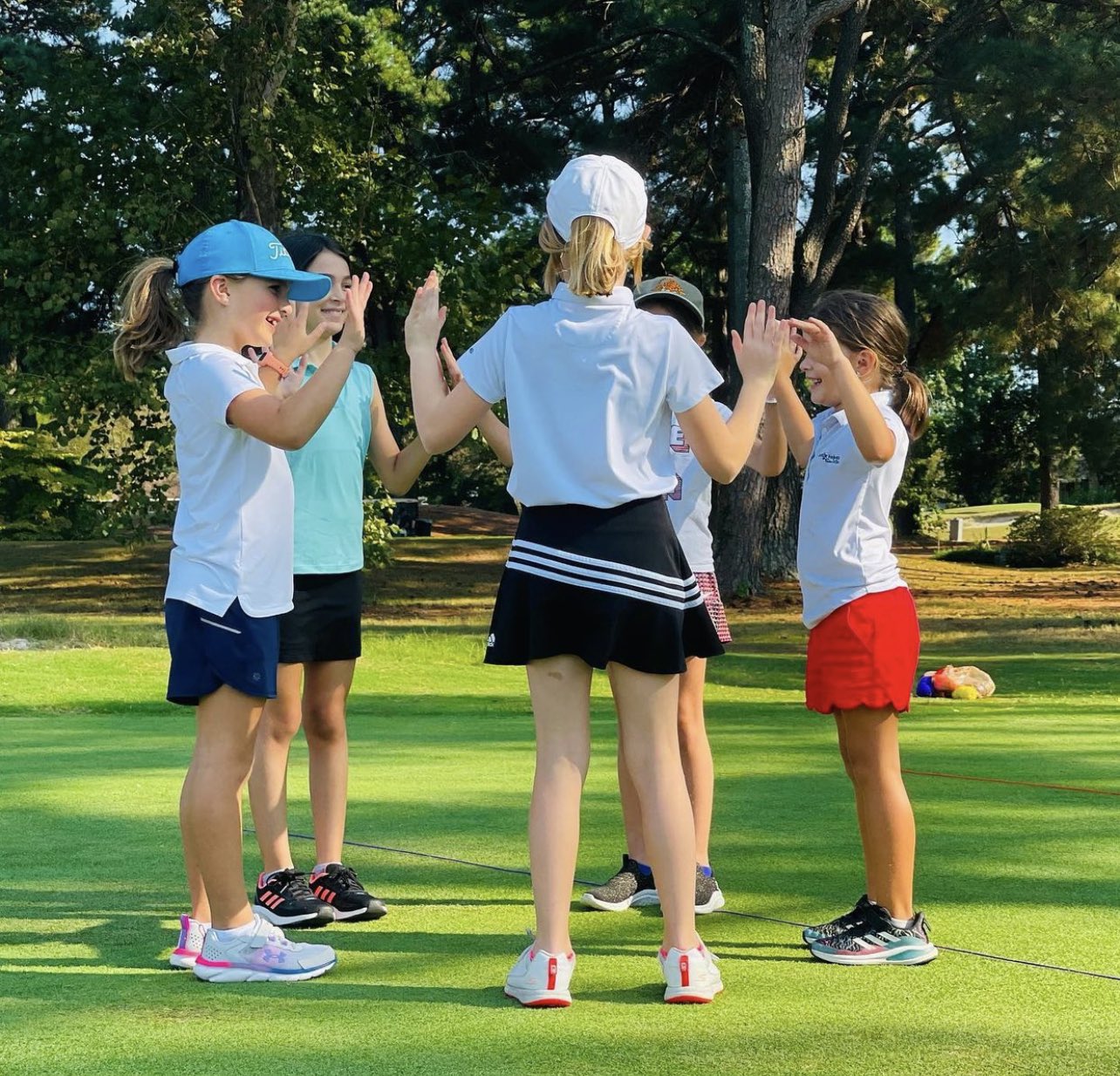 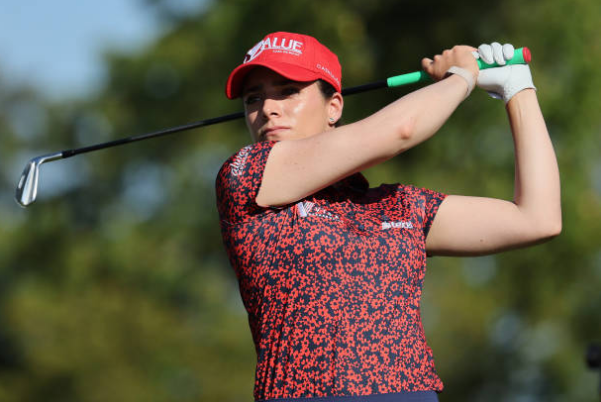 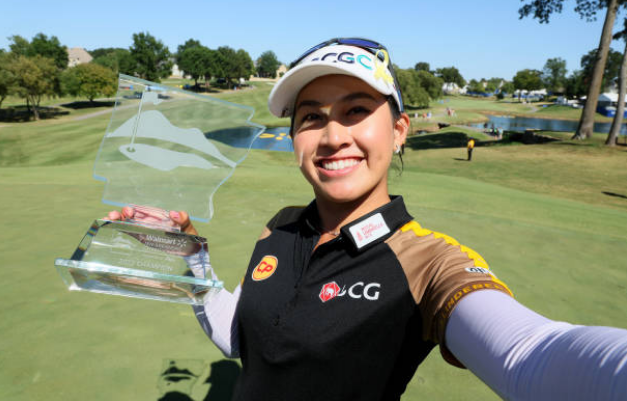