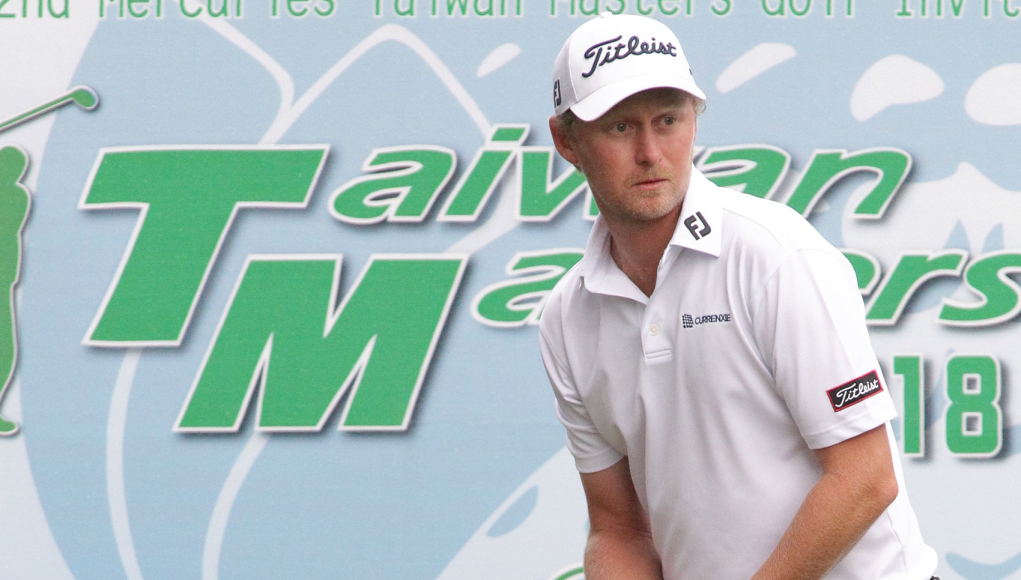 BANGKOK, Thailand: South African Justin Harding continued his dazzling form by carding a four-under-par 68 to share the opening round lead with Lionel Weber of France and Miguel Tabuena of the Philippines at the Mercuries Taiwan Masters on Thursday.

Harding, the first player to win consecutive events on the Asian Tour this season, fired one eagle and four birdies against two bogeys to take his share of place atop the leaderboard at the fabled Taiwan Golf and Country Club, which is celebrating its centennial year in 2018.

Australian Maverick Antcliff trails the leading trio by one shot in fourth place while local hero Lin Wen-tang, Indian hotshot S.S.P. Chawrasia and Chinese ace Liang Wen-chong were among those bunched in fifth following matching rounds of 70s at the US$850,000 event.

Starting from the par-three 10th hole, the 32-year-old Harding sank two birdies against a bogey to turn in 35. He fired another two birdies and an eagle on the par-five seventh before dropping a shot on his last hole ninth.

Tabuena, who came close to winning the storied event before settling for second place in 2016, renewed his love affair with the Tamsui course after marking his card with five birdies against a bogey. He is chasing for his second Asian Tour victory in a country where he had finished second on four different occasions.

Weber rediscovered some of his best form after closing with two straight birdies to grab a share of the lead. Placed 96th on the latest Asian Tour Habitat for Humanity Standings, the 28-year-old Weber needs a strong performance this week to possibly break into top-60 and retain his card for the 2019 season.

Did you know?
– Justin Harding is playing in only his sixth start on the Asian Tour this season. He has claimed two victories and a runner-up finish so far.
– Harding navigated his way around the greens with only 26 putts in his round of 68.
– Harding broke into top-10 on the Asian Tour Habitat for Humanity Standings following his second-place result in Japan last week. He sits in a current eighth position.
– The 32-year-old Harding won his first Asian Tour title in his first start on Tour this season at the BANK BRI Indonesia Open in July. He later claimed a six-shot victory at the Royal Cup to become the first player since 2011 to win back-to-back titles on the region’s premier Tour.
– Harding is the higest-ranked player in the field in 97th place on the latest Official World Golf Ranking (OWGR).
– Miguel Tabuena is a one-time winner on the Asian Tour. He won his National Open in 2015.
– The 23-year-old Tabuena has notched three top-10 finishes so far this season. He sits in 26th place on the money list.
– Tabuena is making his eighth consecutive appearance in the Mercuries Taiwan Masters. He missed the halfway cuts in four editions but finished inside top-10 on all the other three occasions where he made the cut.
– His best result at the storied event was a runner-up finish in 2016 where he came in one shot back of Lu Wei-chih.
– Lionel Weber graduated from the 2013 Asian Tour Qualifying School and is searching for his maiden victory on the region’s premier Tour.
– Weber has been struggling to find his form all-season, missing eight cuts in 15 starts with his best result being a tied-21st place finish in Myanmar earlier in January.
– The 28-year-old Weber found only seven fairways but missed just four greens in regulation in his solid round of 68. He amassed 28 putts in total.