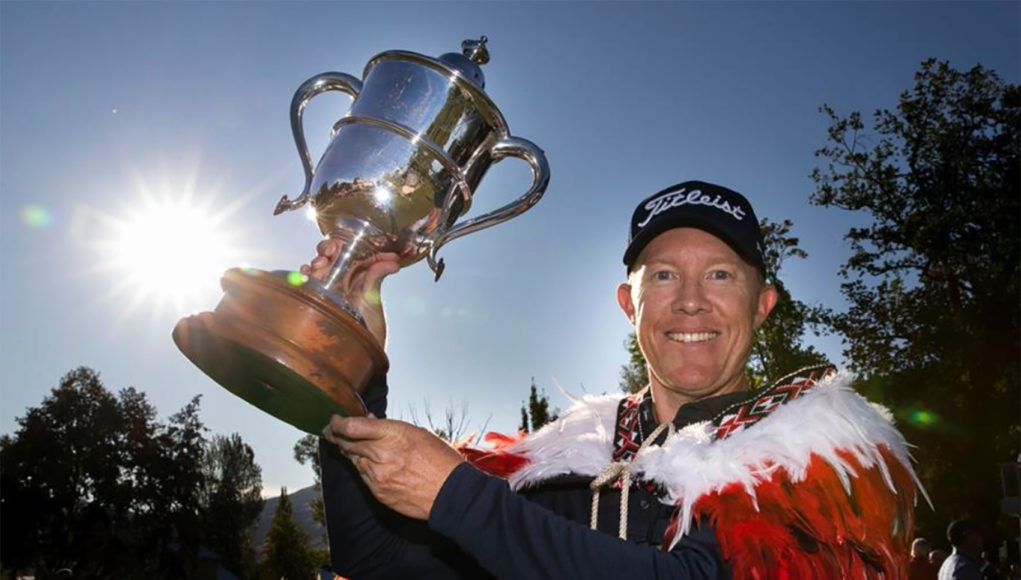 QUEENSTOWN, New Zealand: Australia’s Brad Kennedy returned to the winner’s circle again when he signed for a stunning eight-under-par 63 to win the 101st New Zealand Open presented by Sky Sport on Sunday.

Kennedy had won New Zealand’s prestigious National Open in 2011 and held aloft its prized trophy for the second time after overcoming a two-shot deficit to pip compatriot Lucas Herbert to the title with his winning total of 21-under-par 264 at the Millbrook Resort.

Herbert, who won the Dubai Desert Classic on the European Tour in January, was seemingly in control of winning his second title in two months.

However, a costly double-bogey on 13 pegged him back momentarily before he battled back gallantly with three straight birdies from the 15th hole.

Standing on the 18th tee, Herbert still had a chance to at least force a play-off with Kennedy but hit his shot into the water which effectively cost him the title.

Herbert’s closing bogey meant he would end the week in second place, two shots ahead of fellow countryman Nick Flanagan, who finished in third place.

Having started so promisingly and leading for three rounds, the 17-year-old marked his card with five birdies and four bogeys.

Thailand’s Pavit Tangkamolprasert meanwhile enjoyed his best result in three outings to the New Zealand Open after a closing 69 saw him finish in 11th place.

Pavit had previously finished in tied-29th place on both occasions at the 2018 and 2019 editions.