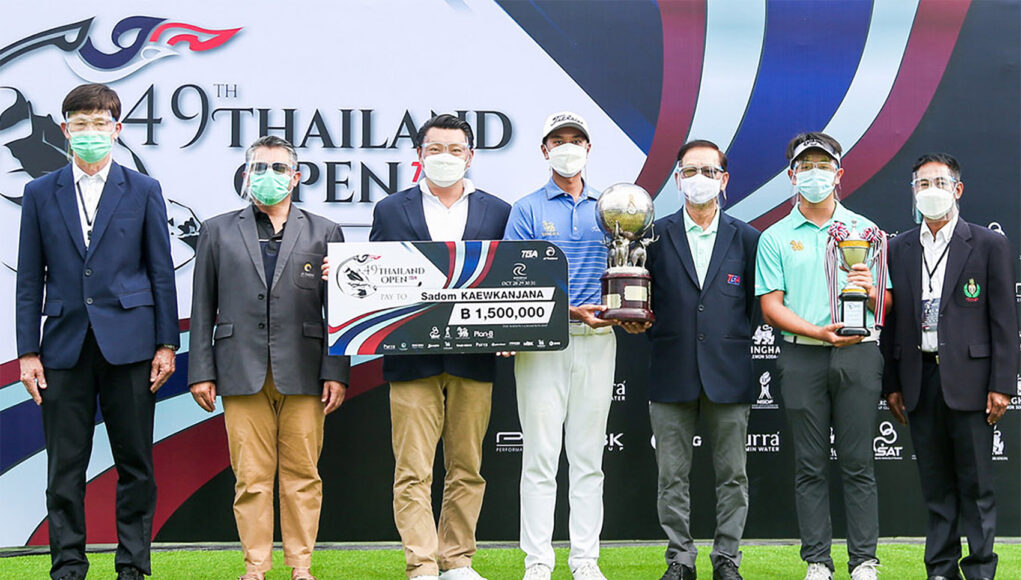 In-form Sadom Kaewkanjana stormed to a 4-shot victory at the 10-million baht Thailand Open in Pathum Thani on Sunday.

Fresh from taking two titles and a runner-up finish in last three events, Sadom carded a 5-under 66 to win on 23 under, four shots ahead of second placed Prom Meesawat (68) at par-71 Riverdale Golf Club.

“I feel really happy to win this trophy and I think every  Thai golfer wants to win this one,” said the 23-year-old Sadom, who dropped only one shot over the course of the week.

“I try to hit fairways as much as I could and this week, I managed to play my game without any pressure.”

Amateur Ratchanon Chantananuwat fired a closing 66 to finish 16th on 9-under and took home the low amateur award for the fourth consecutive event.

“I am really proud because it is the big tournament and there are many national golfers in the tournament,” he said.

The 14-year-old will return to classes and he will miss the next two events. He plans to be back in action at two Asian Tour events in Phuket later this month.

The next leg of the All Thailand Golf tour event is Singha E-San Open in Khon Kaen on November 4-7.