Home THAI NEWS All Thailand Golf Tour Panuphol takes ‘route-66’ to the top of the leaderboard at Singha Thailand... 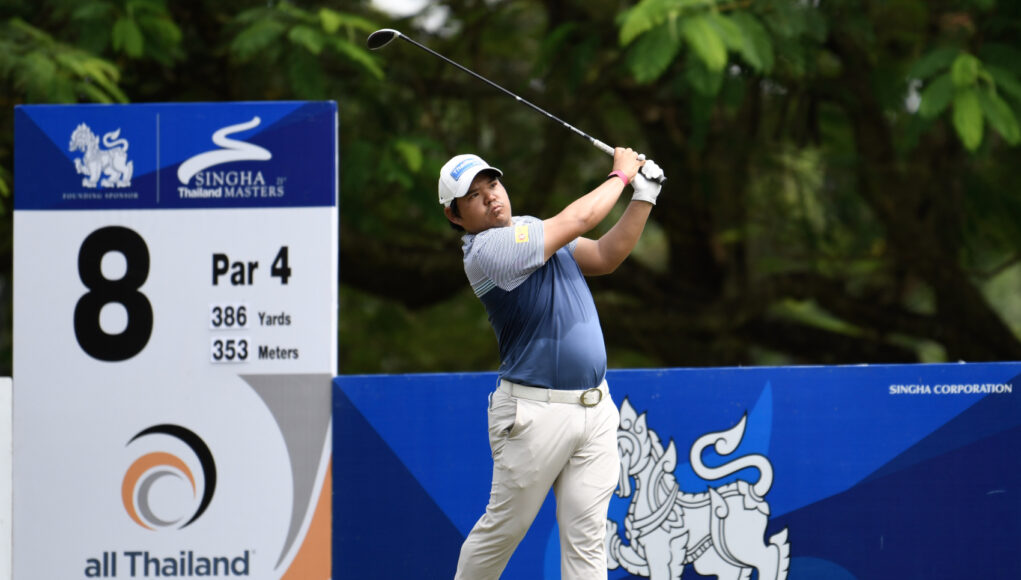 Words by BGB Editorial
CHIANG RAI, Thailand: Panuphol Pittayarat fired a fine six-under par 66 to move one shot clear of the field at the halfway stage of the 21st Singha Thailand Masters.

Starting the day in a tie for the lead, Panuphol produced a stellar display at the Santiburi Country Club, rolling in seven birdies against one solitary bogey at the par-three 17th to set the pace on 13-under par.

Ratchapol Jantavara kept pace with the leader, trading four birdies and an eagle two at the drivable par-four fifth with one bogey to sign for a 67.

Paunuphol – who tasted victory at this event back in 2016 – produced a masterclass with the short stick. His putting taking the heat off a below par display with the driver.

“My form off the tee was not so good today, but I was able to keep the ball in play,” said Panuphol.

“I have putted well so far at this event. However, I need to improve my driving over the next few days because the fairways are quite narrow.”

Natipong Srithong posted a 67 to stay within two shots of the leader. He reeled off seven birdies in 14 holes only to stall somewhat with a brace of bogeys at 16 at 17.

Natipong left the course disappointed with the late slip but overall was happy with his work on Friday.

“I am quite happy with my form so far,” said Natipong who is still searching for a break-though ATGT Title.

“My putter was really sharp, especially from a distance. I just need to stick to my game plan, accuracy off the tee and hit fairways because the rough is challenging.”